Goal setting and planning is advocated by many, and as with all management advice there are always people who say that focusing on principles is better than goal settings. Here are 7 principles when setting goals.

This document has been useful to many people. Don’t try to be too complicated. What is top of mind (what first comes to you) is probably the most important thing so don’t over complicate it.

You may wish to start at the personal goals page, or just keep it simple and fill in page 1.

Why Do People Not Set Goals

(This is probably an urban myth!)

1953 Yale or 1979 Harvard MBA program. Students were asked, “Have you set clear, written goals for your future and made plans to accomplish them?”

These were the results. 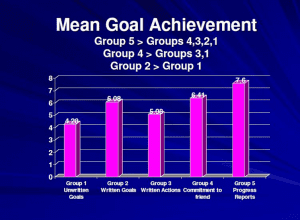