Want a 40% pay increase? Ditch the cars and go autonomous vehicles. Here are 10 reasons why robotaxis will be in widespread use by 2024 (and Australia soon after).

Elon Musk, futurists such as Tony Seba and I think autonomous cars will be with us within the next 5 years or 2023/24.  Those who think it will be 2033/34 are akin to flat earthers, or at least straight liners as they ignore engineering, science and economics.

The latest podcast from Musk is available from an interview by ARK Invest (a USA investment group focused on disruptive technology in public markets) Podcast here (Feb 19 2019). They talk to Musk about Tesla electric car disruption. I thought there are 10 critical issues discussed.

Tony Seba has talked about that innovation in technology is compounding.  That improvements are hard to see early on as the adoption rate is less than 1% For example, the adoption of EV cars is currently just over 1% of cars globally. However EV cars are already cheaper than Internal Combustion Engined cars  (ICE). The Total Lifetime Cost of Ownership won’t just be a little better in 2020 – it will substantially lower. Musk talks about the difficulty of predicting the future when you at the start of the exponential line, and six months delay for Tesla was overcome within 2 years and they catch up the delays.  But economists and conventional analysts continue to operate on straight line data, and by applying growth rates today, completely miss the impact in 5 or 10 years. Moreover, the change is the combination of multiple streams of innovation which compound the net changes possible. 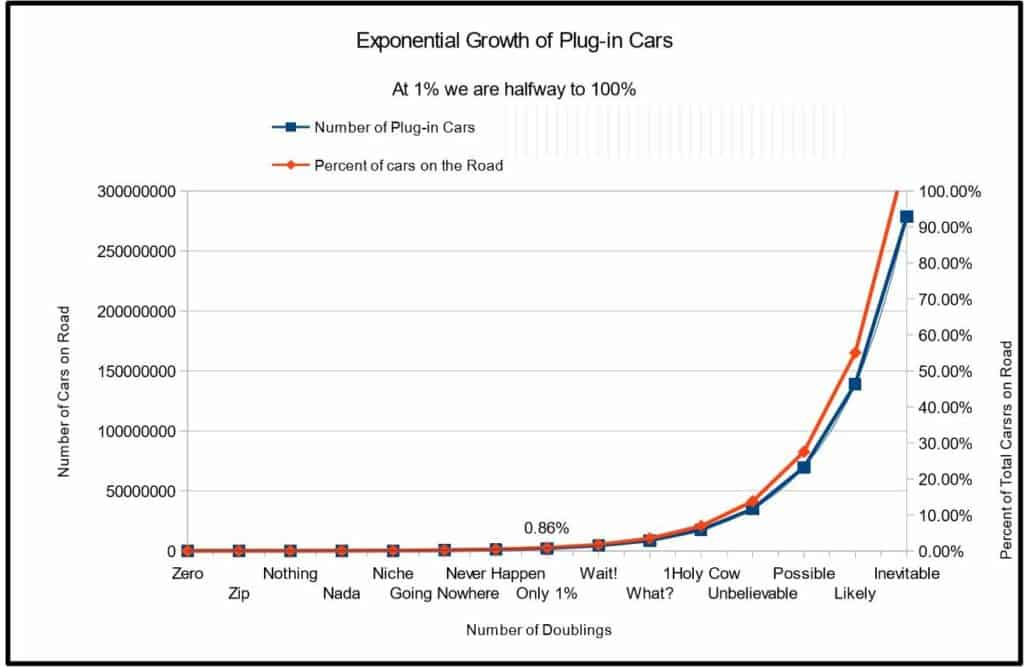 Musk was very clear. That of the 25 million EV cars forecast to be sold in 2023 are likely to be 10% by Tesla and the majority by Chinese manufacturers. He views the USA and European conventional car companies as hamstrung by their legacy plants and management. They would continue to underperform in EV improvements. Because they chose a path to support both ICE and EV they have lost 3 years of development and will fall behind. Using a exponential growth EV sales will be 25m in 2023/24.  Musk pointed out Tesla has sold over 300,000 and half of those were in 2018 and in the last 2 quarters it sold more than the total over its previous 9 years. It expects to double that number each year going forward so by 2022 it is selling 1.6 to 2m per year. In contrast the world’s highest selling ICE vehicle is the GM’s F150 truck and sells 750,000 per year.

3  Batteries are driving this Cost Down

The race to dominate the electric car market hinges as much on battery technology and improved recharging infrastructure as it does on sticker price, software updates, and styling. Which is why Chinese companies are investing massive sums in matching and surpassing Tesla’s  industry-leading battery technology and manufacturing capacity.

Battery startups such as EnZinc and NantEnergy are promoting zinc battery technology as an alternative to lithium-ion as a cheaper, safer alternative with potential energy densities and recharging capabilities approaching lithium-ion. NantEnergy broke the $100/kWh manufacturing cost barrier in 2018 and some estimates say zinc-air batteries could hit the electric car market this year and eventually could be cheaper, lighter, and safer than lithium-ion.

While charging infrastructure is thought to be limiting, every house is a charging station, and with wireless charging the need to go somewhere to fill up with energy is no longer required.

The holy grail is level 5 automation – no user intervention required.  Musk believes that by the end of 2019 all Tesla cars will be level 4. He also said that most drivers now drive via the freeway even if more congested as autopilot does a better job than the manual task of driving alternative routes through local street traffic. Musk says:

“Meaning the car will be able to find you in a parking lot, pick you up, and take you all the way to your destination without an intervention, this year.”

Tesla level 4 is camera only but hardware and software upgrades in 2019 will mean full camera resolution, full AI. (Consider that humans use 2 cameras in low resolution).

Any company can take the Tesla system and deploy it, but no manufacturer has yet done so. Musk says they always want to modify it, and that would detract from Tesla’s plans. NVidia Drive is the leading compute supplier to all autonomous systems, and every iteration increases performance twice.  Not only has NVidia have the hardware – its open source Drive / AI software is a fully integrated platform allowing anyone to develop their own autonomous system. Part of the delay in production autonomous cars is that production quantities don’t ship until 2020.

Tesla believes that the move to Level 5 – no human intervention versus Level 4 – occasional intervention will be a law of diminishing return.  Commented that there are a million different things that mean there is some intervention. Road rules not clear and while they may constitute the last 1% it will take time to have those million type “oddities” experienced, recorded, tagged and appropriate neural network implemented in the move from Level 4 to 5. Furthermore regulators might take a couple of years to get to it.

“My guess as to when we would think it is safe for somebody to essentially fall asleep and wake up at their destination? Probably towards the end of next year. That is when I think it would be safe enough for that.”

Data from the 1.2 billion miles already driven Teslas with Autopilot one, and that this data is dumped from all situations where there has been driver intervention now shows a Teslas is 80% less likely to have an accident that the best of human drivers. While there is need for more data it appears that the rate  of accidents is 1: 3.34 million miles driven when the autopilot was engaged versus NTSA data for 1: 492,000 miles driven in the U.S. without autonomy. Musk again

“No matter how you slice the data, it is unequivocal at this point that it’s safer to have autopilot on.” 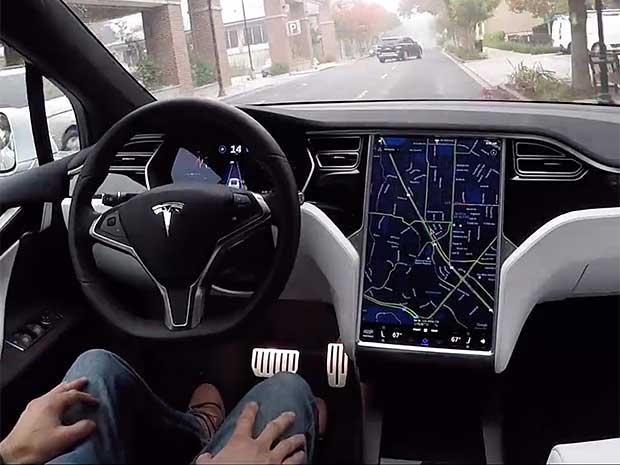 6. Regulators are Not the Limitation

In the USA the Federal Regulators were data driven, and even in Europe the data from the existing fleet of level 4 cars meant that regulators, in general were not a bottleneck.  Musk called out some state regulators but says Tesla has not been blocked. In UK and Australia, insurance has dictacted that vehicle manufactures will need to carry the insurance. The model for road tax payment based on  distance travelled is established and can be implemented very easily as all EV have all the connectivity and data / GPS data already. 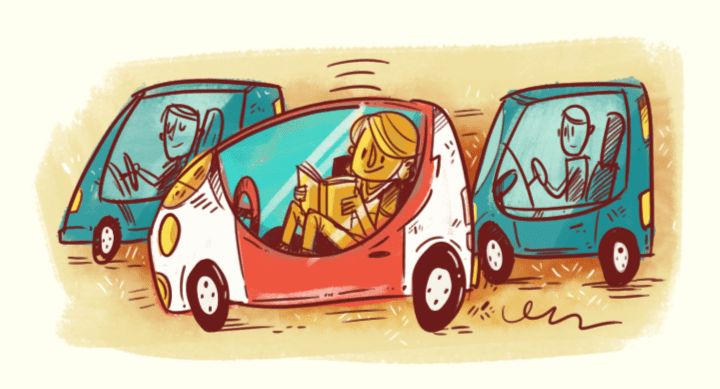 Tesla’s view is that they, Chinese manufactures  (BYD, Byton) are far ahead of GM, Ford, Toyota and others, although almost all have announced plans to release robotaxis.

Of all the existing manufacturers, VAG (Volkwagen), after betting big on diesel—and losing— is going full-speed ahead on electrification. In 2018 it announced purchase of 50 million batteries; and has converted 4 factories to EV.  One plant will produce a sub-€20,000 EV, another the I.D. Aero, both using VW Group’s new EV architecture (called MEB). Another plant at Hannover will produce the crowd-pleasing I.D. Buzz  which goes into production at a third factory in Zwickau in late 2019. VW plans to have 27 models by 2022. GM purchased Cruise – a startup that took less than 3years to go from start to a functioning robotaxi.  Most others recognise they have to move to a fleet ownership with their ride share like applications to survive.

8  Tesla is not the Only Autonomous Game in Town

There are over 62  autonomous vehicle permits issued in California – including Waymo, UBER, Apple and Waymo, with over 10 million miles of Autonomous driving has a permit for level 5 (no operator)

The Tel Aviv developer of autonomous car systems, which Intel paid $15.3 billion to acquire in March 2017, is the Mobileye / Intel / Volkwagen consortium and they are rolling out robotaxis in Tel Aviv and expect to have robotaxis fully available across all of Israel within  4 years. 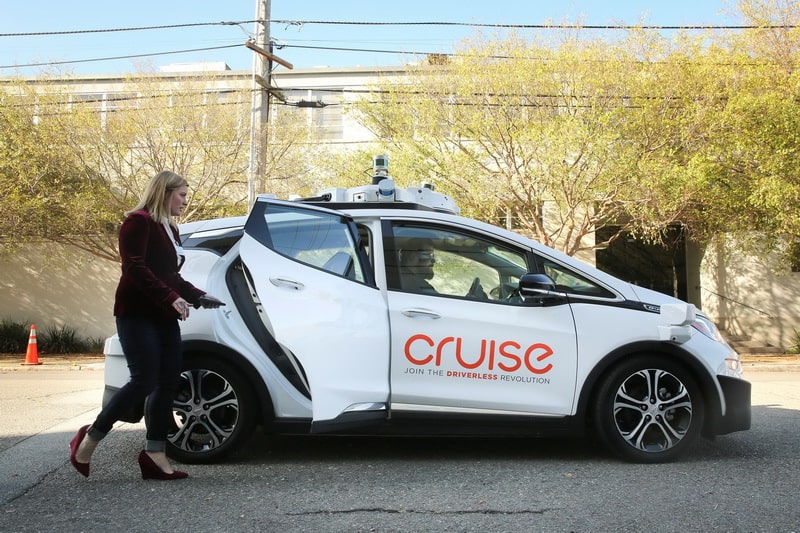 Consumers buy vehicles based on their “sticker price”.  Some countries such as Norway and Sweden already have 30% purchase of EVs due to tax reduction.

When the cost of EV is cheaper without tax, then consumers will move. (2024). A year ago, EV cars are generally more expensive to buy than conventional vehicles, but running an EV is almost always cheaper–sometimes dramatically so. Analysis shows EV costs are on average 2.3 times lower than ICE vehicles. 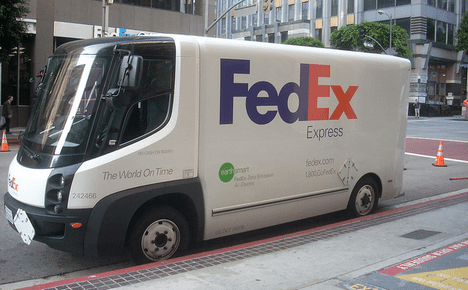 The key for business is the utilisation of the car, and consumer only utilize cars at 4%.  Robotaxis can be 40% utilized, and therefore will be 1/6th cheaper to operate. Cost per km will crash from 60c to 10c.  Businesses will get onto this because they factor in depreciation. Any business with a fleet – taxis, ride share, delivery and courier light trucks, long haul trucks and buses will make the switch faster.

Consider the local Woolworths. For $2 or a loyalty card offer they could offer their customers to be picked up from home, taken to the store, shop, and deliver home.  At no charge. No parking hassle. No fees. 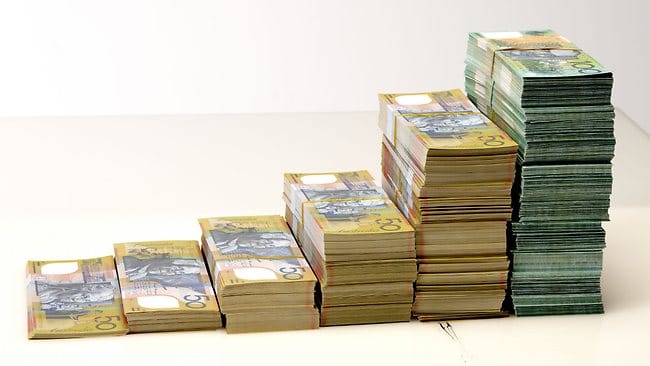 Using Google will show thousands of articles.  Some further reading is here..

Wireless Charging – 20kw and moving up