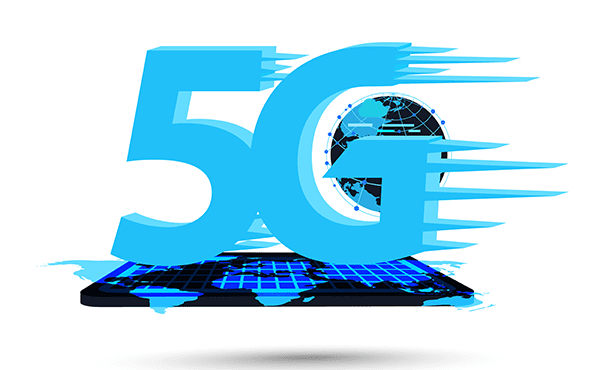 5G explained in simple terms is pretty tricky. When talking with my brother-in-law I laid out 3 things you need to comprehend to understand the furore about 5G. Some things are just terminology. But why do anti-vaxxers have a view, why conspiracy theorists, or anti government or anti-Chinese brigade take up the fight. So I will try to simplify this, but like most simplifications, I may make it too simple and loose some of the complexity or gloss over something others think are important. Here goes.

About every 10 years we get a new communications “protocol” for data communications. Back in the days when mobile phones looked like bricks, we used a wireless communication protocol called 2G. Ten years later in 2000 to 2010 we used 3G. And for the past 10 years it has been 4G. Over the past 5 years, technology companies have been developing 5G or fifth generation. This is really clever physics involved and that is why global industry is excited due to some of the technical features.

5G is not just speed. The higher throughput is the physics of how the data is packaged up and transmitted.

There are 2 other key technology improvements

Speed issues are not generally raised as issues. But the 2 issues:

Some make a mistake that the 5G is about spectrum. If you have a WIFI router we may know about 5G – but this is a 5Giga hert spectrum that wifi uses. It is not about 5G at all.

But if we look more closely at this then the key spectrum to look at is the area of radiation that cell phones / TV / AM / FM broadcast it. These are controlled by different countries. It is non-ionizing and in this “Radio Frequency spectrum” of about 3kHz to 3GZ. Remember that frequency is inverse to wavelength.

What Are The Mobile Phone Frequencies

Here is where the 5G gets complex. Existing Telephone Companies have purchased “spectrum” or a bit of the whole spectrum for their commercial use. With 5G the Government opened up a section of the spectrum that was not used. It is called the millimeter spectrum. So in the cellphone and microwave section. Not in the ionizing radiation spectrum.

The biggest concern is that one of the frequencies that this new 5G physics data communication will run on is this “millimeter spectrum”. Why? This wavelength is not used in 3g/4G spectrum and this spectrum has been opened up to be used.

In this short wavelength band, the 5G signal gets degraded by water or rain. Humans are mostly water. Therefore humans must be adsorbing electromagnetic radiation. Therefore bad. That’s how it is portrayed.

This is fear mongering at its worse.

The 5G radiation is so much weaker: a 5G cell transmits at 46 dBm the most, which is 40 Watts. And you hardly get closer than 100m to the antenna, which brings down the energy your body feels by a factor of 10,000 to the milliwatt range.

Your microwave oven generates microwave radiation of 600 W at least; most of that stays inside, but be sure that there is some leakage. And you get very close to the device. So Microwave Oven is “worse” for your body in terms of absorbed radiation than 5G.

But like many things – no one knows. The evidence is just not there. Does microwave energy cause cell damage and eventually human cell damage?

There are a few key technology companies that have this fancy physics, and the computer chips and the software systems. They include:

Nine companies sell 5G radio hardware and 5G systems for carriers: Altiostar, Cisco Systems, Datang Telecom/Fiberhome, Ericsson, Huawei, Nokia, Qualcomm, Samsung, and ZTE (Wikipedia) The most advanced is Huawei, and as a Chinese company some countries figure they are not secure.

Remember that previously, 5G is different to 4G in that the network management is much more centralised. Therefore there is a risk that Huawei may put some chips or code into their systems and could send that data back to China.

That’s the reason why some countries including USA have banned Huawei from installing core network systems.

The 5GHz spectrum (not to be confused with 5G technology) is as below. There are 5G equipment manufacturers who are looking to use this spectrum for fixed wireless point to multi-point transmission. Their field trials (and launch in 2020) will use 5GHz and there are only a few bands that will not be congested. Most vendors have released phones in the bands they have purchased. i.e. regulated spectrum.

Why use this spectrum? Because the provider does not need to purchase expensive spectrum and then on- charge that spectrum.

5MHz wifi is stopped by trees and buildings like the case with existing radio transmissions but with 5MHz 5G trials have shown that unlike wifi, waveforming reduces or even permits distances of up to 5 km and no reduction with line of sight interference.

Tagged with: internet
Posted in Blog
In Archive